RK Mechanical takes a moment every Veterans Day (November 11th) to thank their 100+ veteran employees who represent all branches of service. In addition to recognizing and thanking the veterans within their organization, RK Foundation gives a donation each November to coincide with Veterans Day to a charity that supports veterans.

How is the organization to receive a donation picked? Every year at an annual town hall meeting RK holds for more than 1,200 employees in Colorado and simulcast for those in Salt Lake City (Utah), veterans get the opportunity to nominate a veteran related organization they want to support. Once all nominations have been made, a charity is selected at random during the event. The RK employee and veteran, Sgt. Christopher Hammons, was the winner. Hammons won a $500 gift card, and named the VFW, Veterans of Foreign Wars as the organization to receive the donation from RK Foundation. The donation of $5,011 to the VFW marked the $1,000,000 donation milestone for RKF.

This year’s donation was to the Colorado Chapter of the VFW, and in the past the donation has been to the Wounded Warrior Fund.

A little about the RK Mechanical and the RK Foundation:

RK is a part of the B:CIVIC Founders’ Circle of Investors at the silver level. For over 50 years, RK has had the privilege of supporting numerous nonprofits and charities that improve the quality of life in our community. RK has been dedicated to providing financial support for organizations that help people in need. Rocky Mountain region’s largest mechanical contractor, selected by general contractors and owners to provide HVAC, plumbing and piping systems on major construction projects for all types of facilities. RK has contributed to successful projects worldwide, including many prestigious local projects that define the Denver skyline.

The RK Foundation (RKF) is funded by RK’s recycling efforts. All the money earned from recycling scrap metal generated in their fabrication facilities and projects across RK’s seven business units goes to the foundation. Their funding supports local nonprofits and charities that align with our focus areas, which include: community development, education, health and human services. The foundation granted $312,100 in 2017! 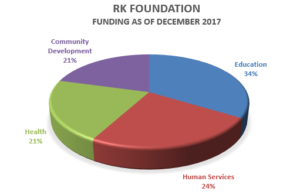 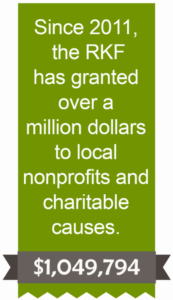 Copyright © 2022 B:CIVIC
Manage Cookie Consent
To provide the best experiences, we use technologies like cookies to store and/or access device information. Consenting to these technologies will allow us to process data such as browsing behavior or unique IDs on this site. Not consenting or withdrawing consent, may adversely affect certain features and functions.
Manage options Manage services Manage vendors Read more about these purposes
View preferences
{title} {title} {title}