The launch comes in the middle of Financial Literacy Month, which aligns with the primary goals of the Foundation. The Foundation will operate as a 501(c)(3), with the mission to advance financial knowledge on a national scale, making substantial, measurable progress in helping Americans manage, protect and improve their personal finances. The Foundation will be an important addition to the charitable work Jackson already does on a local level, providing a complementary program to Jackson in Action and the Jackson National Community Fund, which celebrated 10 years of giving last year. Through the Foundation, Jackson aims to introduce and promote critical money concepts and educational programs for people of all ages. 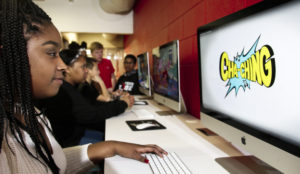